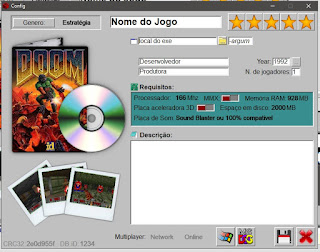 I haven't given it a name yet, I'm simply calling it DB.Config. It will be the utilitarian to register or modify the main database. It will manage photos, ratings, description, game name, path, etc...I did it in the most intuitive way I could think of. The game cover appears like a DVD cover, and by clicking on it, you can choose another file for it. Below it, there is an image of 3 photos, these 3 photos are dynamic, and are screenshots of the game, clicking on them opens a new window to manage the game's image files. Up to 5 photos can be chosen. In the future I plan to do some kind of slideshow, but for now, I'll just consent to making it all work first.

It will also contain all text strings in an external file, so it can be used in multiple languages. DB.Config does not necessarily need to be on the machine where the main program is. It is just a database manager, it can run from another computer, and manage everything over the network.

This will make it easier, if you need internet, you can use DB.Config on your main computer, register the games, with images from google images, and automatically send everything via network to the retro machine.

Rikintosh's Multimedia Manager is rather long and impractical

The name Rikintosh's Multimedia Manager is rather long and impractical. It doesn't sound cool either, these days I was thinking of a way to reduce it, or a new name, simpler and easier.

- RMM (acronyms are not easy to remember)

- OmniGX (sounds cool to me, it reminds me of something tied to graphics and games)

*The word Omni comes from the Latin ominis/omne and means whole, whole, of every kind.

I'm developing this, to be more than just a frontend, I want it to be a kind of XBMC/Kodi for old computers, I want to push a Pentium 1 to its limits, I plan to make it run full movies, even if it's in 320x240. Why watch a movie on an old computer when I can watch it in FullHD on my modern computer? Because it's cool! I like to see hardware being pushed to its limits.

The database, takes its first steps 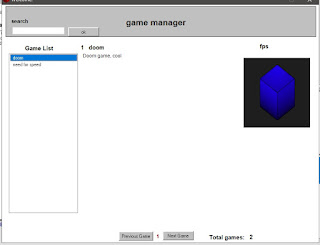 The program is already correctly loading data from the external database file! The rudimentary appearance of the image above is due to my separating the projects, as this helps me focus on what I'm doing. When everything is working, I "bundle" everything into one program.

I plan to build a database with information about the main and best known games from that time. But there will be a utility to register new games as well (or should I include this in the main exe?), anyway, I still need to think about how I will organize the database for several different languages, since sometimes games have another name in other countries, and the description of the game, would also have to be in several languages.

I have to be careful with my decisions, because file fragmentation is a very important factor for me, keep in mind that an ordinary, fragmented hard drive is bad enough, but a 25-year old hard drive with little buffer and rate slow reading, it's total chaos. I will put in tools for defragmentation, maintenance scheduling, and so on. But it's better to avoid than sorry.

The image bank (which is currently a simple folder with images) also worries me. On an older computer, we usually have a reduced-size hard drive, so we might have small files. But compression is NOT a solution as the compress/uncompress action steals precious processor cycles.

It should be light, and run on a Pentium 100 with 8MB of memory, 1MB of video. Initially it will be a game manager for ms-dos games.

You need to know how to read the game savegames, your memory card will be the floppy.

I need to invent a way to "portify" the games on that platform. A kind of zip. To facilitate the sharing of these on the internet, and make them compatible only with the manager.

It is necessary to have a file system that can separate the savegames from several players, but the saves only work if they are inside the same folder. How do I put the player's saves back in the game folder? Maybe using a bat that copies from his profile folder, to the game folder, and when he quits the game, he copies it back to his folder and deletes it from the main directory.

The software will read a particular folder in search of .exe and .com, make a list with their name and CRC32. Then compare the name and CRC32 with a database (here called DATABASE) with information about all games.

The operating system will be Win95 or 98, here we will call Mindows (mini windows), the system can have any name. The installation folder should be C: \ our program name \ SYS (instead of c: \ windows). It should contain drivers for:

And it should be excluded:

99% of internet support (since no internet explorer works on win9x anymore). Maybe some support for accessing a server to download game images and the name database

All texts must be strings for a txt

PROBLEMS TO BE SOLVED:

How to detect and install drivers (automatically)? It has to be silently, on a loading screen, but no windows.

How to install drivers manually? (a zip with the drivers would be useful, but how to tell the system how to install them)

This may seem a little cheeky, but I'm developing an open source standard for anyone who wants a new cabinet to use in the living room.

Here are the first sketches. 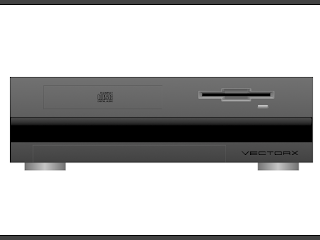 I called it VetorX, it sounds very nostalgic to me. 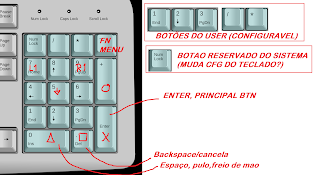 I chose 2 types of standard controls, a numeric keypad, and a controller with its own design.

The Standard would have 3 models:

One in beige (with details in gray and black glossy), which refers to the traditional computer